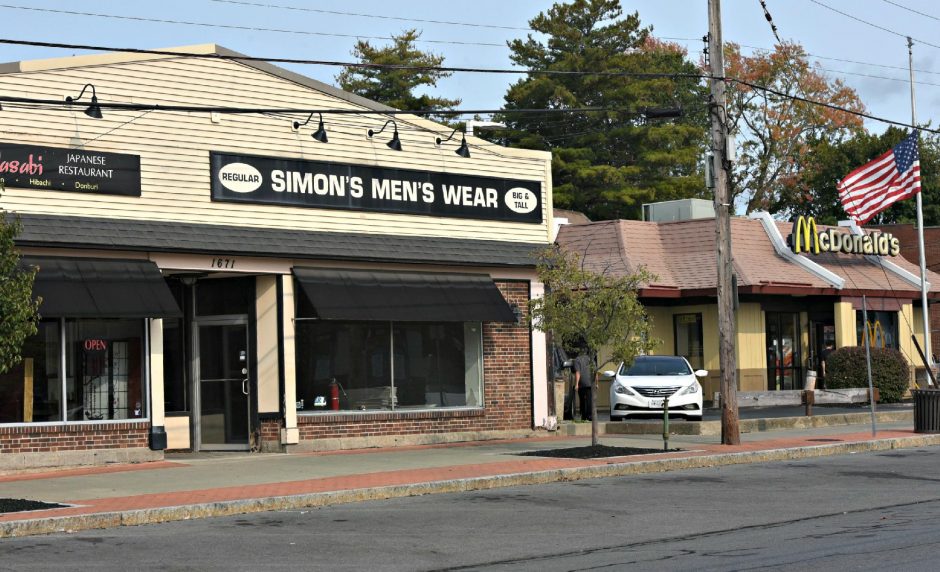 Revitalization continues on upper Union Street as a property once slated for demolition has been given new life courtesy of a new owner and commitments from two successful local businesses.

B. Inspired, formerly of 104 Mohawk Ave. in Scotia, will relocate to 1671 Union St. where it will partner with Storied Coffee and Milk Teas, which will add a satellite location inside the retailer.

The Schenectady County Metroplex Development Authority announced the sale of 1671 Union St. to Leece Group. The property is adjacent to the current McDonald’s at 1673 Union St., which proposed an expansion if the adjacent property was demolished.

More than a dozen residents spoke out during a zoning meeting in May against the destruction of the current property housing Mr. Wasabi and out-of-business Simon’s Menswear.

“We are proud to continue our support of Upper Union Street with the preservation and revitalization of 1671 Union as a retail storefront,” said Lou Lecce in a press release from Metroplex Development Authority. “Our company strongly believes in the importance of investing in our neighborhood business district.”

The two tenants replacing one half of the property, the former Simon’s Menswear, found a perfect fit.

“I need a bigger footprint, I’ve really outgrown my space in the village,” Anne Brenner, owner of B. Inspired said Friday during a phone interview. “When I started to look for another location, certainly there were areas up in Glenville that had a strip mall type of feeling, but I am really attracted to something that has more of a main street.

“Upper Union feels that way to me,” she said. “It’s very walkable, all of the neighborhoods seem to walk up there.”

The 3,000 square foot space will accommodate what she called an anthropology-type store with eclectic home décor.

“It’s home decor that seems to be very popular right now with the whole mid-century, modern emphasis,” Brenner said. “Not a lot of people were doing that when I opened the store.

“I didn’t try to recreate [or try to be] somebody else here. I tried to be me.”

The two tenants have seen a lot of each other the past two years, facing each other across Mohawk Avenue.

While Christine and Rich Sarnacki opened Storied Coffee just over 18 months ago in Feb. 2019, it wasn’t long before the thought of a small, simple expansion took hold.

“Before we would do another full-on shop like we have, it would be a cooler situation to put a coffee bar inside of some kind of existing business, to maybe just expand the experience you would have inside that retail or food location,” Rich Sarnacki said. “To have a coffee bar inside another business or two separate things inside of one space. I’ve always appreciated the experience of where I’ve seen and thought it would be interesting for us.”

“She [Brenner] has been rooting for us since before we opened,” Storied Coffee and Milk co-owner Christine Sarnacki said. “When she was talking about moving, talking about looking at upper Union Street. We were throwing around the idea, she said she loved the idea of having a coffee bar in another space. She did a lot of the legwork, but she knew we were interested.”

Both businesses adjusted early during COVID-19, the Sarnackis laying off their two staffers and Brenner moving her offerings online.

Now was the time for a move and an expansion to 1671 Union St. with hopes of an early November launch.

“It is a little scary, but I think both of us are very confident in what we bring to the table and the reputation that we’ve had thus far,” Brenner said. “We’re going to hope and believe that it continues in the new space.”

The businesses have a solid following and expect this decision to be fruitful.

“We know there is a need for our kind of product and more so our type of shop experience in that neighborhood of upper Union Street,” Rich Sarnacki said. “It all made sense already and then with Anne and our previous relationship and the previous kind of co-branding that sometimes we would have as neighbors, it just kinds of clicks together in obvious and opportune way.”